You’ll never end with all the things that must be done during your vacation in Cancun and the Riviera Maya. You can enjoy a wide range of watersports, rise to the challenge on our championship golf courses, take the family to one of our world renowned eco-parks, or just lie back and be pampered at one of our luxurious spas. Take the family to one of the world famous eco-parks, and discover the wonders of the Caribbean Sea in some scuba diving. For those of you looking to tie the knot in this romantic location and are planning the ultimate Cancun wedding you need look no further.

Cancun has the distinction of being the one Caribbean destination with the infrastructure, modern amenities and service philosophy to rival leisure destinations worldwide. Unlike many other parts of the Caribbean and Mexico, Cancun was built for tourism, and continues to meet the needs of its over 3.3 million annual visitors. Cancun delivers to travelers the best of many worlds: the Caribbean and Mexico; modern and ancient; action packed and laid back. Cancun is unequaled in its ability to offer cultural treasures, natural beauty, infinite activities and North American-style conveniences.

Cancún is a city in southeastern Mexico, located on the northeast coast of the Yucatán Peninsula in the Mexican state of Quintana Roo. It is an important renowned tourist destination in Mexico, as well as being the seat of the municipality of Benito Juárez. The city is located on the Caribbean Sea, and is one of the easternmost points in Mexico. Cancún is located just north of Mexico’s Caribbean coast resort band known as the Riviera Maya.

Apart from the island tourist zone, the Mexican residential section of the city, the downtown part of which is known as “El Centro,” follows a master plan that consists of “supermanzanas” (superblocks), giant trapezoids with a central, open, non-residential area cut in by u-shaped residential streets. These open centers usually have walkways and ‘sidewalks’ around a central garden park, or soccer fields, or a library, etc. which make the mainland “Mexican” Cancún bicycle-friendly. The residential roads of central or ‘Mainland’ Cancún, U-shaped and culs-de-sacs, insulate housing from the noise and congestion of the main flow of traffic. Mainland Cancún has a central market that resembles an outlet mall, colorful buildings on a pedestrian city block.

Ave. Tulum is the main north-south artery, connecting downtown to the airport, which is some 30 km (19 mi) south of downtown. Tulum is bisected by Ave. Cobá. East of Ave. Tulum, Cobá becomes Ave. Kukulcan which serves as the primary road through the 7-shaped hotel zone. Ave. Tulum ends on the north side at Ave. Paseo José López Portillo which connects to the main highway west to Chichén Itzá and Mérida. Another major north-south road is Ave. Bonampak which runs roughly parallel to Ave. Tulum. The main ferry to Isla Mujeres is located in Puerto Juarez, on Ave. Paseo José López Portillo.

There are some small Mayan vestiges of the pre-Columbian Maya civilization in Cancún. El Rey (Las Ruinas del Rey) is located in the Hotel Zone. El Meco, a more substantial site, is found on the mainland just outside the city limits on the road north to Punta Sam.
Close by in the Riviera Maya and the Grand Costa Maya, there are sites such as Cobá and Muyil (Riviera) the small Polé (now Xcaret), and Kohunlich, Kinichná, Dzibanché, Oxtankah, Tulum, and Chacchoben, in the south of the state. Chichén Itzá is in the neighboring state of Yucatán.

Cancún is served by Cancún International Airport with an added main runway that commenced operation as of October 2010. It has many flights to North America, Central America, South America, Asia, and Europe. It is located on the northeast of the Yucatán Peninsula serving an average of about fifteen million passengers per year. The airport is located around 20 km (12 mi) from the hotel zone, approximately a 20 minute trip by car. The island of Isla Mujeres is located off the coast and is accessible by ferry from Puerto Juárez.

Cancún has a tropical climate, specifically a tropical wet and dry climate, with few temperature differences between seasons, but pronounced rainy seasons. The city is warm year-round, and moderated by onshore trade winds, with an annual mean temperature of 27.1 °C (80.8 °F). Unlike inland areas of the Yucatán Peninsula, sea breezes restrict high temperatures from reaching 35 °C (95 °F) on most afternoons. Annual rainfall is around 1,340 millimetres (52.8 in), falling on 115 days per year. More temperate conditions occur from November to February with occasional refreshing northerly breezes, it is drier and becomes hotter in March and April. It is hottest from May to September, due to proximity to the Caribbean and Gulf humidity is high the year round, especially so during hurricane season (averages close to 70% on rainfree days). The hotel zone juts into the Caribbean Sea, it is surrounded by ocean therefore daytime temperatures are around 1-2C less and windspeeds are higher than at the airport located some distance inland, which is the official meteorological station for Cancún, averages as shown below.

Thanks to the Yucatán current continually bringing warm water from further south, the sea temperature is always very warm, with lows of 79 °F (26 °C) in winter and highs of 84 °F (29 °C) in summer.

The tropical storm season lasts from May to December, the rainy season extends into January with peak precipitation in October. February to early May tend to be drier with only occasional scattered showers. Cancún is located in one of the main Caribbean hurricane impact areas. Although large hurricanes are rare, they have struck near to Cancún in recent years.

You can choose to spend the night on some remote Pacific beach or at an upbeat hostel in a city center or magical village where you can also meet travelers like yourself who have chosen Mexico as the place live out their big adventure.

Ocean, desert, forest, jungle, you will be able to enjoy all the experiences and it offers a good opportunity for you to participate in all kinds of activities, such as surging, kayaking, rafting, skydiving, hang gliding, hot air ballooning, scuba diving and more.

Buses, taxis, and ferries are available get around your different destinations. 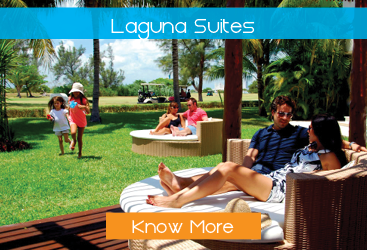 Nested in a privileged area, in the heart of Cancun’s Hotel Zone, beautiful views of the golf course and unparalleled sunsets over Nichupte lagoon.
Read More 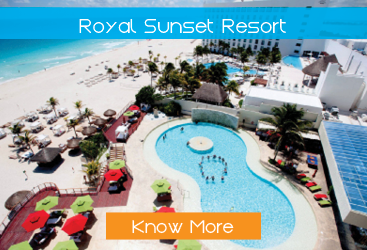 Resting on one of the most beautiful white sand beaches in the Mexican Caribbean with breathtaking views of the turquoise blue Caribbean Sea.
Read More 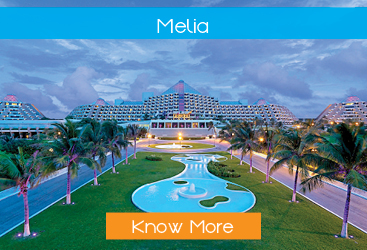 Exceeding customer expectations is how we define success. The natural beauty of our location sets the stage and we take it from there.
Read More 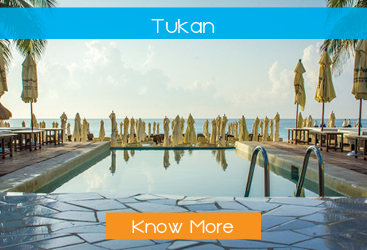 Features an outdoor pool and a spa tub. Dining is available at one of the resort’s 4 restaurants. A bar/lounge is on site where guests can unwind with a drink.
Read More 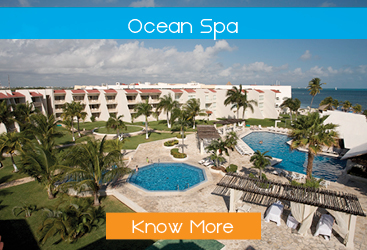 Spend the day at the beach and work on your tan with sun loungers (chaise longues) or relax in the shade with umbrellas.
Read More
Esta página es propiedad de Florida Advertising and Marketing Corp.
DBA SomosOrlando.com