The city of San Clemente offers a magnificent coastline and beautiful beaches. With its perpetual sunny weather and perfect waves, San Clemente is a surfer’s paradise with its beaches also ideal for swimming, body-boarding, hiking, volleyball, whale watching, fishing, surfing and diving.

A perfect spot for a weekend getaway with small town charm, San Clemente offers much for visitors and locals alike who enjoy local shopping on Avenida Del Mar, the city’s many restaurants and cafés, art galleries, parks and the historic wooden fishing pier which is not far from the downtown area.

Interstate 5 runs through San Clemente. The Foothill Transportation Corridor has proposed to connect Mission Viejo to the Orange/San Diego county line, running along the east side of San Clemente and through San Onofre State Beach on its way to I-5.

At the south end of town is located Camp Pendleton and Trestles surf beach. Additionally, the city is served by numerous daily trains operated by Amtrak and Metrolink between Los Angeles and San Diego. San Clemente has beachside Amtrak and Metrolink service.
Traveling north on Interstate 5, San Clemente is the last city that is closer to San Diego than it is to Los Angeles.

San Clemente catches swells all year long. Going from South to North, they include Trestles, Lowers, Middles & Uppers, Calafia, Riviera, Lasuens, The Hole, T-Street, The Pier, Linda Lane, 204, North Beach and Poche Beach.
San Clemente is the surfing media capital of the world as well as a surfing destination. It is home to Surfing Magazine, The Surfer’s Journal, and Longboard Magazine, with Surfer Magazine just up the freeway in San Juan Capistrano.

The city has a large concentration of surfboard shapers and manufacturers including Noll Surfboards, Lost Surfboards, Stewart Surfboards, Cole,Paul Carter, Timmy Patterson Surfboards, Terry Senate and Dewey Weber Surfboards. Additionally, numerous world-renowned surfers were raised in San Clemente or took up long-term residence in town, including Shane Beschen, Mike Parsons, and many others.
San Clemente High School has won 6 out of 7 most recent NSSA national surfing titles. One title was won by Capistrano Connections Academy.

The heart of the community is Avenida Del Mar, set back just a short stroll from the pier in the city’s core. The historic tree-lined stretch is home to a cornucopia of cafés and restaurants, ranging from casual to prim, and a selection of locally owned boutiques and stores. Here you can pick up just about anything, from upscale fashion and unique home décor, to antiques, beachwear and quirky one-of-a-kind finds.

If you are not sure where to dine or have a drink in San Clemente, the best recommendation is to park on Del Mar St. and walk around until you find something that suits your interest. There is a lot to choose from including nice restaurants with a sophisticated vibe to more relaxed and casual places to dine. Del Mar Street has great selection of bars and wine bars if you are only looking to go out for a drink. 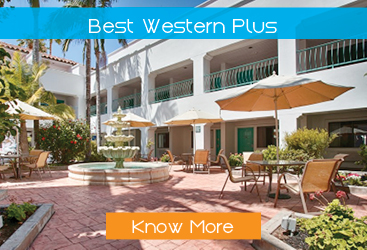