Get ready to experience the epicenter of the Gold Coast! With more than 23 kilometers of pristine beaches along the sunny shores of the Atlantic, we are sure that here you will find everything to meet your holiday fantasies. Known for a time as “the Venice of America”, this is one of the nautical world capitals that offer pleasant cruises, excursions in more than 300 kilometers of waterways. For a more active water-lovers it has exciting snorkeling, scuba diving and sport fishing excursions.

As it moves inland, the area is full of culture, recreation, attractions and fun for all ages. Eating is an important part of this dynamic culture, with more than 3,500 restaurants ranging from great outdoor dining beachfront, ethnic restaurants and meat from world renowned restaurants. For buyers, be sure to explore a great selection of boutiques, galleries, cafés with charm, and nightspots full of action in an elegant and ever-changing environment.
Fort Lauderdale is a city in the U.S. state of Florida on the Atlantic coast 23 miles (37 km) north of Miami, Broward County. The city is a popular tourist destination, with an average year-round temperature of 75.5 °F (24.2 °C), and 3,000 hours of sunshine per year.

Fort Lauderdale features a tropical rainforest climate with little seasonal variation in temperature. Average monthly temperatures are always above 65 °F (18.3 °C) and average monthly precipitation is above 2.39 inches (60.71 mm). This qualifies the city’s climate as a tropical climate, and the city does not have a true dry season. While some rain does fall in winter, the majority of precipitation is received during the summer months.
Summers from May through October are hot, humid, and wet with average high temperatures of 86–90 °F (30–32 °C) and lows of 71–76 °F (22–24 °C). During this period, more than half of summer days may bring afternoon or evening thunderstorms. The record high temperature of 100 °F (38 °C) was recorded on June 22, 2009.

Annual average precipitation is 64.2 inches (1,630 mm), with most of it occurring from May through October. However, rainfall occurs in all months, mainly as short-lived heavy afternoon thunderstorms. Fort Lauderdale has an average of 143 rain days and 250 sunshine days annually. The hurricane season is between June 1 and November 30 with major hurricanes most likely to affect the city or state in September and October.

Fort Lauderdale-Hollywood International Airport, in neighboring Dania Beach, Florida, is the city’s main airport and is the fastest-growing major airport in the country. Fort Lauderdale-Hollywood is an emerging international gateway for the Caribbean and Latin America. Miami International Airport and Palm Beach International Airport also serve the city. Fort Lauderdale is home to Port Everglades, the nation’s third busiest cruise port. It is Florida’s deepest port, and is an integral petroleum receiving point. Broward County is served by three major Interstate Highways (I-75, I-95, I-595) and U.S. Highways such as US 1, US 27 and US 441. The interchange between I-95 and I-595/SR 862 is known as the Rainbow Interchange. It is also served by Florida’s Turnpike and State Highway 869, also known as the Sawgrass Expressway.

In addition to its museums, beaches, and nightlife, Fort Lauderdale is home to the Fort Lauderdale Swap Shop, a large indoor/outdoor flea market and the site of the world’s largest drive-in movie theater, with 13 screens. The International Swimming Hall of Fame is located on Fort Lauderdale beach, and houses a large aquatic complex as well as a museum, theater, and research library.

Hugh Taylor Birch State Park is a 180-acre (0.73 km2) park along the beach, with nature trails, camping and picnicking areas, canoeing, and features the Terramar Visitor Center, with exhibits about the ecosystem of the park.

The Bonnet House is a historic home in Fort Lauderdale, Florida, United States. Bonnet House’s modern history began when Birch gave the Bonnet House property as a wedding gift to his daughter Helen and her husband, Chicago artist Frederic Clay Bartlett in 1919.

Henry E. Kinney Tunnel on U.S. Route 1 is the only tunnel on a state road in the state of Florida. It was constructed in 1960, and its 864-foot (263 m) length travels underneath the New

River and Las Olas Boulevard. The Florida Everglades is one of most popular sites of interest among visitors to Fort Lauderdale.

There are numerous services available to bring visitors from Fort Lauderdale Beach to the Everglades.

Just minutes from the beach is the Riverwalk Arts and Entertainment District in downtown Fort Lauderdale, home to cultural attractions, shops, parks and restaurants. Along Riverwalk, the brick-lined meandering promenade, discover the Broward Center for the Performing Arts, Museum of Discovery and Science with its AutoNation 3D IMAX Theater, Florida Grand Opera, Fort Lauderdale Historical Center, Stranahan House and the Museum of Art.

Looking for a luxury resort, the more modest hotel accommodations or a hotel near the beach? Fort Lauderdale offers a relaxing, pampering getaway,  spa resorts for the body and soul. Get ready to experience the epicenter of the Gold Coast! With more than 23 kilometers of pristine beaches along the sunny shores of the Atlantic, we are sure that here you will find everything to meet your holiday fantasies.

Fort Lauderdale is famous for its beaches, arts, culture and events. From shopping on Las Olas Boulevard, to gondola rides on the canals, to a historic riverfront. Area is full of culture, recreation, attractions and fun for all ages. Eating is an important part of this dynamic culture, with more than 3,500 restaurants ranging from great outdoor dining beachfront, ethnic restaurants and meat from world renowned restaurants. 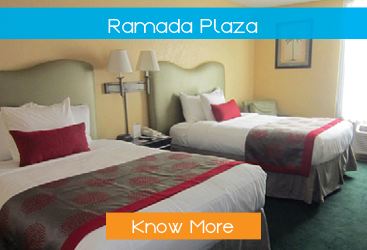